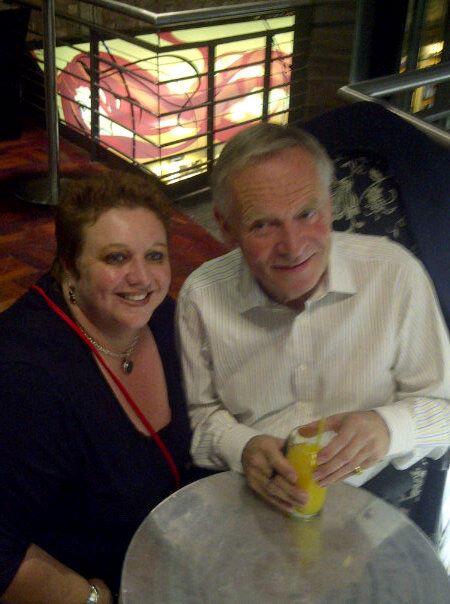 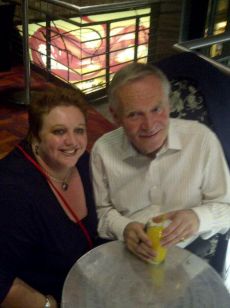 Hello, Hello, Hello Everybody!! (My Redi Thlabi impersonation)…………and welcome to my show!

How is that post-Easter egg binge diet coming on? I had an interesting Easter, in fact I didn’t even know it was Easter because I celebrated it in Israel which is not a Christian country, so no Easter eggs. However mum got me a couple of cute ones to come home to, so craving sorted and ermmm, the diet thing sort of back in place!

At the end of this post I have put in a number of images from my stay in Israel. A whole bunch of them are food……….I wonder why. Israel is a beautiful country. It is shown to the world in a harsh light, its policies appear to be harsh but its very survival depends on some of those policies. It is a tough nation that survives and prospers surrounded on all sides by enemies. I take my hat off to the the Israelis amongst whom the majority of my family reside. Shalom, a greeting and the word for peace all wrapped up in one beautiful word.

I went to the Jeffrey Archer book launch at Skoobs, Monte Casino and it was fabulous. Wonderful to meet the man himself. He is a bit of a whack job but that is okay, he was in good company! Hahahaha (Apologies for the fuzzy image at the top!)

His books are a runaway success, the man is a success story in the extreme and a raconteur of note but I have to admit (to you and no one else, so keep it quiet) that I haven’t actually read a Jeffrey Archer book since I was about 15; one or two years ago! Of course I bought the latest one not realizing until the talk was well underway that it is book two in a series of 5. Boy am I in trouble now  if you get my meaning!

We have public holidays in abundance coming up shortly so I want to get the April/May newsletter out as early as possible. Our first exciting event being on the 1st of May! Yes, I know it is a Tuesday and I know it is a public holiday. That is the exact reason it is on May Day…………..because some of us ARE working!

What’s happening you are wondering? (well, I hope you are!)

13th Mother’s Day…………..am cooking for mum at home, sorry but you’re not invited

If you haven’t been asleep for the past 6 months or so you will have all the talk of the Square Kilometer Array, a radio telescope, that South Africa is bidding against Australia to host. On the 1st of May at 10am we are having a talk by Cecilia Van Der Merwe, the one person in SA, in my humble opinion, who is totally clued up on the SKA and all that it involves. So come and join us. The talk is no charge, you don’t need to bring anything along except yourselves and it promises to be a fascinating experience. The added advantage being you will walk away knowing a whole lot more that you did before you arrived

Who is Cecilia Van Der Merwe you are thinking, here is a brief bio written by herself:

I studied mechanical engineering at the University of Pretoria, graduated in 2005. Joined the SKA South Africa team in 2009 and was put into the “Site Bid” team. From 2009 to end 2011 I worked on South Africa’s proposal to host the SKA telescope – I was responsible for and wrote the chapter on “Provision of Electrical Power for the SKA telescope” in South Africa’s bid documents. Once South Africa’s bid was in, I joined the “MeerKAT Infrastructure” team. We’re now building the infrastructure required by MeerKAT, and I’m involved in all the various electrical power infrastructure work that is going on.
Outside of office hours you can find me working on my master’s degree in renewable energy or terrorizing my two kittens. I live in Parktown with my fiancé.
short and sweet! So if you are interested please join us. The full menu will be available on the day. We will also run a coffee/tea and scone special at R30. Can’t think of a better way to finish off the long weekend and head back into the working week!

May’s AuthorTalk on the 12th  is by Sandile Memela, author of His Master’s Voice, published in October of 2011. The AuthorTalk will begin at 2pm. Please remember to bring along your two books, one to swap and one to donate. We have some nice boxes of books already so I am quite impressed!

“Controversial Department of Arts and Culture mandarin Sandile Memela has produced a scathing attack on South Africa’s black writers, accusing the likes of Zakes Mda, Moeletsi Mbeki, William Gumede, Jacob Dlamini and others of pandering to white interests and holding back South Africa’s development into a truly just society with views that are “far too reactionary, simple and predictable – especially from blacks with PhDs””               Books Live

At present, Memela is a civil servant in the Department of Arts & Culture where he heads the marketing & public relations unit. Previously, he was the Spokesperson (2006 – 2009) for the Ministry of Arts & Culture under Dr Z. Pallo Jordan. His Master’s Voice is Memela’s second book which will be published by Geko Publishing. The first book was Flowers of the Nation (Kwa-Zulu Natal University Press, 2005.) He has also contributed short stories to Soweto Inside Out (Zebra Press, 2004) and Crossing Over (Kwela Books, 1994.)

A well-known journalist and public intellectual, he is a frequent commentary contributor and serial letter writer to The Star, Business Day, The Argus, Mail& Guardian, Sowetan, Pretoria News, The Argus, City Press and Sunday Sun, to name a few.

He has served as Acting Editor for the Sunday World from October 2003 to October 2004.

Before that he was an Assistant Editor and Columnist of ‘Mamelang,’ a no-holds-barred opinion feature leader which explored social, cultural and political topics.

Memela was the founding editor of the Entertainment and Lifestyle Supplement called Hola from 1999 to 2004.

He was awarded the Arts & Culture Journalist of the Year Prize in 1999. Also, in the same year, he was presented with the Most Outstanding Contribution to the Promotion of the Arts Prize by the Gauteng Provincial Government.

Before joining the Sunday World, Memela was Assistant Editor: Insight & Features at City Press and was a columnist who wrote ‘Mind blast,’ a provocative and controversial ‘must read’ political column that explored the evolution of a new, democratic society.

He also served as Showbiz Editor, where he was widely acknowledged as a leading commentator on cultural issues.

Most notably, he was awarded the Hubert H. Humphrey Fellowship in 1997/98 to the University of Maryland where he spent a year enhancing his knowledge and understanding of the role of the arts in society.

In 1992, he was selected to attend a year-long course on editorial management at the University of Wales, Cardiff.

In 2000, Memela was awarded the Clive Mennel Fellowship which allowed him to spend three months sabbatical at Duke University, South Carolina.

Memela is a Communications graduate of Fort Hare University. He holds a post-graduate in Journalism from Stellenbosch University.

He lives in Midrand, South Africa.

Our final event for the month of May! On the 26th at 2pm we are, in collaboration with the Twitter Blanket Drive hosting an event to collect as many blankets for the needy as possible. So please join us in tasting a whole bunch of delicious sparkling wine. The price of entry to the event is a blanket or 3. Come drink bubbly, mix with a whole bunch of really interesting and really wacky people and have a fabulous afternoon. I am going to try for a little live music but I’m not promising at this point!

The event starts at 2pm and goes on till around 5.30pm, dress warm as it is going to be a little chilly in the late afternoon but the bubbly and some heaters will keep you warm. The more the merrier so please come along and support this very worthy cause!

We learned all about the SKA from Cecilia Van Der Merwe