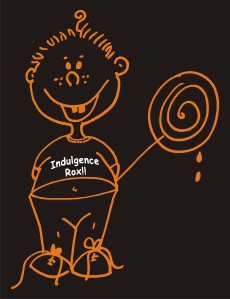 People are amazing creatures. They come in all shapes and sizes, short, tall, fat, or is chubby more politically correct these days? Tall, dark and handsome works quite well for me, but then I digress a little.

I meet huge numbers of people, new faces every day, some faces you see on a regular basis in the traffic, you pass the postman, the man you smile shyly at as you  pass with your cumbersome trolley in the supermarket or the lady  behind the bread counter who puts up with you whilst you chop and change your mind about rye bread or whole wheat, and if you lucky each of this beings passing instantly through your life will add value in one way or another. Maybe it is just a smile to brighten up your day, maybe you chat for a few moments, maybe you run over someones heel with that over loaded trolley and have to grovel for forgiveness but each one of these people adds from and  infinitesimal amount to something more gargantuan to your life.

Not heeding my mums advice I have always chatted to strangers. It is a good way to make friends I find or just get get laid occasionally. I made eye contact with a man in a supermarket once. I found him outside the door after I had done my shopping, we chatted for 5 minutes then went home and shagged. He wasn’t the greatest shag in the world (I have a little experience on the subject) but he made for interesting memories. What does picking up and man in a supermarket and shagging him make me? A slag maybe in your mind. But no, to my  mind it makes me an opportunist!

So because I have made friends with the butcher lady, who is as wacky as I am if not more. I know from my intermittent 5 minute chats that she is divorced, has a teenage son, works longgggggggggg hours, and has the bosses twenty something year old daughter hitting on her every day! I think the bosses daughter has good taste but the lady in question is straight so she is definitely barking up the wrong haunch of beefess.

Another being who has made a lasting impression on me in the car guard at one of the other supermarkets I go to. He is an older guy, thin, austere looking, Indian from Durban whose wife died suddenly about 18 months ago after about 30 years of marriage. Apart from looking sad for a time after she passed away he has ALWAYS had a smile on his face and something nice to say. I am always made aware of up coming specials and which is the best manager in the store to ask for favours (don’t ask! Just sometimes a girl needs something more from her favourite super store). He makes shopping such a pleasure that I always over tip with which ever note pops out my pocket first……………needless to say now you know why I don’t shop there so often, it’s costing me a fortune in tips!

I have to tell you about some of my clients who have made my day, driven me insane, angered me beyond belief, become friends, become good friends, become close friends and those who have passed from this mortal state of being into the next but that is for another day or four……………..

Hello Puddings
I am shocked, it is August already! How did that happen? Were we so wrapped up in the soccer thingy that we never noticed the months flying by? Even winter, although it has had some pretty rotten days does seem to have passed by very quickly with only one month, sort of, to go. So batten down the hatches, make sure the shingles are nailed down tight and wedge the doors open coz the wind is coming………………….I think!

So how are you? I am happy to say that I am 100% over my cough, snot nose, feeling miserable and sorry for myself flu and am looking forward to the coming month with a vengeance. That may have something to do with it being Woman’s month and all. Women really don’t get enough attention showered upon them, so this month at Indulgence we are going to take it upon ourselves to shower the ladies with loads of love! For the month of August every lady who walks through the door will receive 10% off the bill for the whole table, so guys it is time to spoil the loves of your lives (that includes wives, girl friends, daughters and grandmas) Amiga will sport a pink bandana for this month , her being the fashion icon and out spoken individual that she is! Pensioner’s lunch and other specials are excluded from this discount.
We had an impromptu wine tasting at Indulgence on Tuesday afternoon that was a whole lot of fun, Darling Cellars came to exhibit their yummy wines. So thank you to everyone who came to support them at the last-minute. We will definitely do that again but I promise this time it will be arranged well in advance with loads of notice for you!
So what’s on at Indulgence this month:

Woman’s Day
To celebrate Woman’s Day, next Monday (public holiday and long week-end) August 9th, we are asking the ladies to come to Indulgence for a Mad Hatter’s Tea Party. This is a mini party for your table that will include delicious cocktail savouries and indulgent cocktail size sweets, yummy goodies to eat, our version of a high tea. This event is not exclusive to ladies The MHTP will run throughout the day so come anytime you like but we would appreciate it if you would book so we have an idea of how many delicious items to make for you to indulge in. The cost per head including cappuccinos/coffee or tea is R90.

Author talks…………….note it is plural!!
It is a very exciting Author Talk month here at Indulgence as we have not one but TWO Author Talks for you this month!
The first one is on Saturday the 14th of August @ 14h30. This is two men whom I have been dying to get to come and chat to us for ages, Greg Marinovich and Joao Silver, esteemed photographers and authors of the book, The Bang, Bang Club. Absolutely fascinating guys and not to be missed, especially if photography is also one of your passions!!

I got this information off Wikipedia……………..
The Bang-Bang Club was a name primarily associated with four photographers active within the townships of South Africa during the Apartheid period, particularly between 1990 and 1994, from when Nelson Mandela was released from jail to the 1994 elections. While a number of photographers and photojournalists worked alongside the Bang-Bang Club (such as James Nachtwey and Gary Bernard), Kevin Carter, Greg Marinovich, Ken Oosterbroek, and Joao Silva were the four main men associated with the name.
The name “Bang-Bang Club” was born out of an article published in the South African magazine Living. Originally named the Bang-Bang Paparazzi, it was changed to “Club” because the members felt the word paparazzi misrepresented their work. The name comes from the culture itself; township residents spoke to the photographers about the “bang-bang” as reference to violence occurring within their communities, but more literally, “bang-bang” refers to the sound of gunfire and is a colloquial form of nomenclature used by conflict photographers.
On April 18, 1994, during a firefight between the National Peacekeeping Force and African National Congress supporters in the Tokoza township, cross-fire killed Oosterbroek and seriously injured Marinovich. An inquest into Oosterbroek’s death began in 1995. The magistrate ruled that no party should be blamed for the death. In 1999, peacekeeper Brian Mkhize told Marinovich and Silva that he believed that the bullet that killed Oosterbroek came from them.
In July 1994, Carter committed suicide.
In 2000, Marinovich and Silva published The Bang-Bang Club, a book documenting their experiences

Mike sent me this short bio:
Mike Nicol is an author, journalist and editor, and teaches a course at the University of Cape Town’s Centre for Creative Writing. Nicol has written a number of novels, The Powers That Be, This Day and Age, Horseman and The Ibis Tapestry, and the crime novels, Payback and Killer Country (the first two parts of his Revenge Trilogy) and (with Joanne Hichens) Out to Score. He has also written works of non-fiction and published two volumes of poetry, Among the Souvenirs and This Sad Place. The non-fiction includes A Good-Looking Corpse, a history of Drum, a magazine that flourished in Johannesburg during the 1950s; The Waiting Country, a memoir of the election of 1994 that ushered in the new country; a memoir of a year spent in Berlin and his return to Cape Town called Sea Mountain, Fire City; and two biographies, one of the news photographer, Ken Oosterbroek, The Invisible Line – The Life and Photography of Ken Oosterbroek; and the other, more recently, of former president, Nelson Mandela, Mandela – The Authorised Portrait. Nicol was the recipient of a German Academic Exchange Service’s Artists-in-Berlin grant in 1997 and Writer-in-Residence, University of Essen, Germany, in 2002.
He writes the blog Crime Beat: http://crimebeat.book.co.za/
Website: http://mikenicol.book.co.za/
Facebook: http://www.facebook.com/people/Mike-Nicol/100000341740192#!/profile.php?id=100000341740192

So a feast this month. As usual please remember to bring along your two books, one to swap and one to donate. All the books we collect will be handed over to Animals In Distress in February of 2011, along with all the food and other animal goodies that I will start to nag you for!. Please bring along nice books, that are really good reads and in good condition. Please be seated by 14h30, the author will start promptly at 15h00!

Coming shortly your favourite coffee shop:
September will bring us the Jewish New Year so we will be doing the first night dinner at the shop again as well as all the food that goes with it or you to take home, then there will be the 2nd annual Art and Wine fair on the 24th, Heritage day plus the Author Talk. So September promises to be quite a busy month here as well!